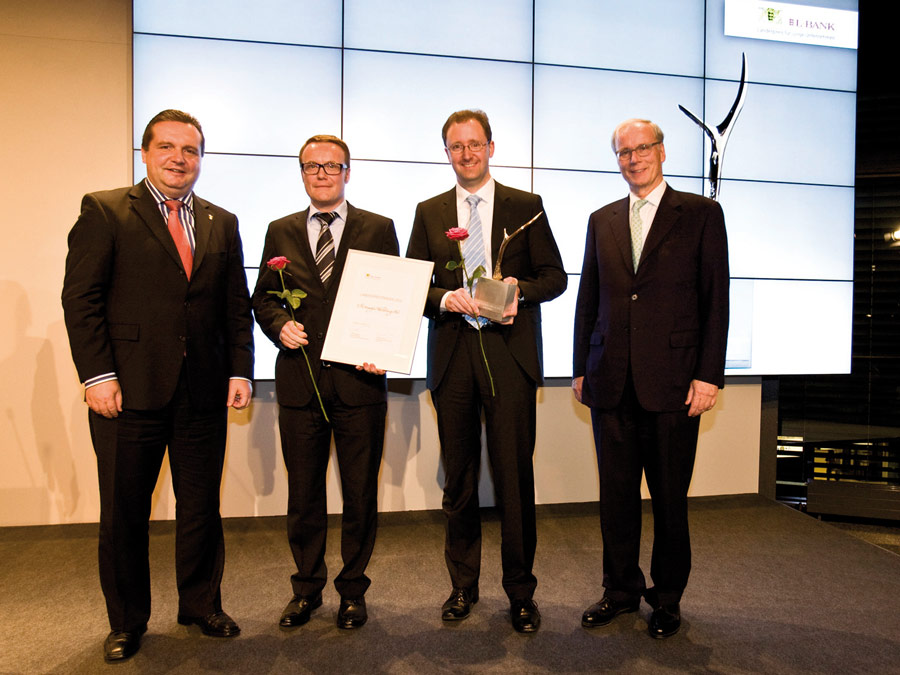 Stuttgart/Mannheim. The Mannheim-based company VRmagic Holding AG has been awarded second prize in the Regional Prize for Young Companies 2010. The award ceremony took place yesterday in the L-Bank in Stuttgart, Germany, in the presence of many guests from industry and politics. The prize was presented by the Minister President of the land Baden-Württemberg, Stefan Mappus, and the Chief Executive Officer of the L-Bank, Christian Brand.

The second prize of 30,000 euros recognized the achievement of the company in developing innovative products from a scientific idea and successfully establishing itself on the market. The company was spun off from the Mannheim Department of Computer Science V at the University of Heidelberg in the year 2001 after development of the prototype for an eye surgery simulator in the interdisciplinary research project “Virtual reality technology and medical simulation”. Training simulators from VRmagic are now used all over the world in medical training. A second division of the company produces and markets camera systems for image processing in industrial and scientific applications.

In his award speech, Stefan Mappus said that the prizewinners were outstanding examples of how companies in Baden-Württemberg successfully develop products and services in collaboration with universities and research institutes and therefore contribute to driving forward innovation in industry.

The Minister President is patron of the renowned competition and this is the eighth time that the prize has been awarded by the land and the L-Bank (state bank of Baden-Württemberg). With total prize money of 100,000 euros, it is among the highest-value business awards in Germany. More than 400 companies from Baden-Württemberg entered the regional prize competition in 2010. Alongside entrepreneurial success, other important criteria included the personality of the prizewinners and their social competence.