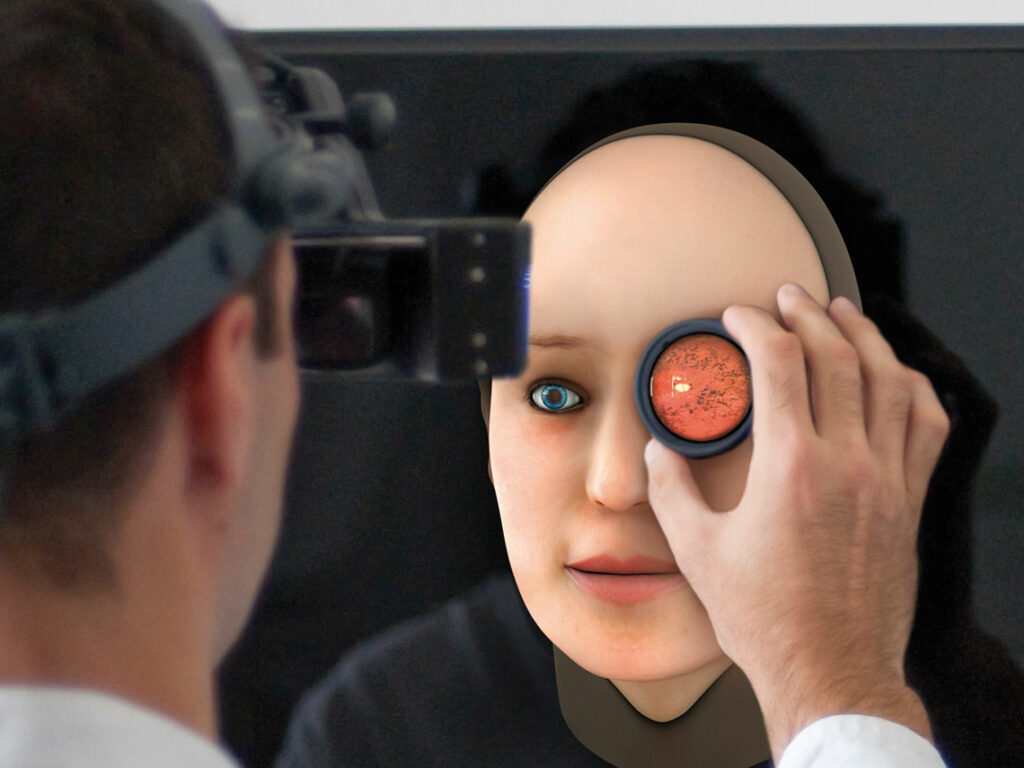 New courses have been added to the tiers A „Examination Skills“, C „Basic Findings & Diagnoses“ and D „Clinical Cases“. New diabetes and optic disc courses now supplement the simulator’s spectrum of courses. The “small pupil” courses offer users the possibility to train retinal examinations through an undilated pupil. Furthermore, the software contains a new introductory clinical course where users merely have to specify findings in a limited multiple-choice list.

The simulation of the lenses’ optical effects has been further optimized in the new software release.  The rendering of an aspheric lens, the simulation of chromatic aberration, and the use of an improved optical tracking system provide for a more realistic examination situation.

The intuitive user interface has been improved by several new features. From the adaption of light, lenses and the patients viewing direction during the whole examination to the pause and screenshot function during live view up to the possibility of taking a second look at the patient during the evaluation – software release 1.2 makes Eyesi Indirect even easier to use.

Eyesi Indirect software version 1.2 is now delivered to all customers with a valid license.